FROM THE DAYZ MOD FORUMS...
execpro22

1.There are these people in the game known as "sliders". They are dimensional beings that can hop from one dimension to the next when being shot at or if zombies are killing them.

3. Zombies have magical powers that allow them teleport through doors and reach through walls to kill you.

4. The chernarus region of russia is actually a secret cloning facility where identical looking military guys in caps are cloned and set free with just a bandaid on the coast to run wild.

5. You can Inject yourself with morphine and eat pain killers, but injecting a bag of blood into your veins is IMPOSSIBLE.

6. apparently in chernarus there were only about 20 or so working cars before the apocalypse hit and even those werent completely working.

7. You used to be able to drink from the ocean til you realised that saltwater actually probably isnt that healthy for you.

8. A shot to the face is known as a "chernarus greeting". Also sometimes called a "welcome to dayz noobz" greeting.

9. Russian Doorways look to trap people inside of them.

10. Survivors can only visit the beaches and they must bring a flashlight

11. Russians can't fly aircraft for the life of them

14. an outhouse is a good place to store clothing, and medical supplies (bandage? or bum chum?)

15. there are more rednecks with multiple guns stored in barns in russia than the US of A

17. in a zombie apocalypse its the people you have to worry about.

18. Chernerus isn't a place in Russia.

19. Russian hatchets must be reloaded before use.

21. Liquid can only be consumed when inside a container.

22. if you aggro a zombie and has only a lee enfield and a heavy wooden chair, you're sure fucked up.

24. There is someone shooting in Cherno.

25. There is a strong energetic force underwater which strips you of all items except those on your tool belt and your pistol.

26.  All survivors were members of various Olympic Biathalon teams from around the world.

28. There's never any friendly's in Cherno.

29. Supermarkets contain weapons but not food.

31. In chernarus everybody is friendly...untill they spot you.

33. Be polite, be professional, but have a plan to kill everybody you meet.

34. Never try to flip an overturned ATV with a tractor...Ever

35. The proper way to talk to someone in dayz is to first yell "friendly?" Then wiggle your body left and right and then finally holster your gun and salute a total stranger.

36. You cant see any grass further away then 200 meters

37. This one made no sense so i omitted it

38. Ejecting out of cars while they're moving is never a good idea

39. In Soviet Russia, door opens you.

40.you can climb a ladder with a broken leg but can't stand on one leg.

41. If you lay in the doorway you can close the door on yourself and break your bones.

43. Shouting "Allahu Akbar!" over voip at strangers will produce a lot of gunfire.

44. Jaime from the Mythbusters was visiting Chernarus and became a zombie

44. It doesn't rain on top of Russian castles.

46. ATVs also don't like bridges therefore, they are not all terrain vehicles.

48. Make sure you change back to weapon after throwing flares

49: Assume someone will spawn behind you  at any given moment when in good loot zone.

50: Every vehicle is a pinto, and will explode as soon as the check engine light is on.

51: Everyone hated their washing machine. 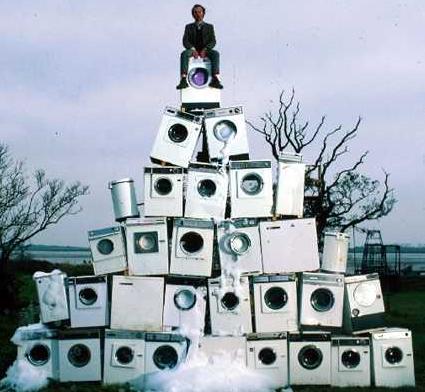 52: i have no mercy for idiots, and chernarus is full of them.

54: no teamspeak = no chance of grouping up permanently.

56. Marathon runners got nothing on Chernarus survivors

57. There are more guns in Chernarus than matches or toolkits.

58. The Chernarus population consisted of only middle aged men.

60. Russians only drink Jack Daniels. Vodka is a myth !

61. dont put mustard on your cheese pizza it taste like ass.

62 . apparently you can run all day in a gulli suit carrying an MG and a sniper rifle with ammo and food plus medical supplies and never get tired .

63 . every one in cheranus is an avionics technician

64.How now the community has started to "cooperate" in getting rid of troublesome or unwanted persons or things "Zs"

65.  My natural urge is to throw flares immediately after I light them.

66. Chernarus has no can openers

68. zeds still walk on the side of the street

69. i REALLY need to excercise for the real zombie apocalypse

70. If you feel the need to advertise your position to the zeds, be aware you will start humming the conga within 30 seconds.

71. In ex-soviet Russia there are no bloodtypes

72. Everyone knows how to complete a blood transfusion.

73. zed's would make great boyfriends for female characters, always stiff not bashful enough to eat them and is only after them for their BRAINSSSSSSS

74. Now that its been pointed out "Chernarus is not in Russia"

75. zombies punch you in the chest yet still manage to break your leg

76. Scumbag's disconnect after being shot at.

77. There are no females in Chernarus

78. Zombies are after your fleshlight. See 77. if you want to know why

79. Driving over bridges causes your vehicle to explode

83: The animals in DayZ have no other aim in life than to be food for you, running or hiding is not in their DNA.

84: Rabbits in DayZ are made of titanium and are the exception to rule 83

85. Chernarus is teeming with barbed-wire from open fields to firestations and barracks.

86. If a survivor of a zombie apocalypse decides he is too far from a destination he takes a randomly obtained cyanide pill as a way of giving up. (Why walk when you can spawn)

87. In a Zombie apocolypse, everyone forgets how to jump and can only do vaults

88. My cousin’s daughter defies DayZ laws of physics and crawls up the stairs all the time. Or maybe she is a Zed crawler in disguise. MMM...

89. The laws of physics are warped around the Lands of Chernos, gravity is very unstable. Causing massive death to all survivors. This phenomenon does not apply to animals and Zeds. It's the squirrel hive mind I tell you; I mean have you seen any squirrels. NO, because they are using their powers to make themselves invisible so you won’t shoot and eat them...

90. You can step over barbed wire, but not over some stones.

91. Running up stairs in castles is not a good idea

92. Sprinting down a main road in daylight is louder than firing a weapon.

93. all survivors can run for hundreds of kilometers without stopping

96. when it rains in chernarus, you are more noticeable

97. in zombie apocalypse, survivors hide vehicles in forest, then disappear.

98. in zombie apocalypse, the main goal of most survivors is to kill other survivors 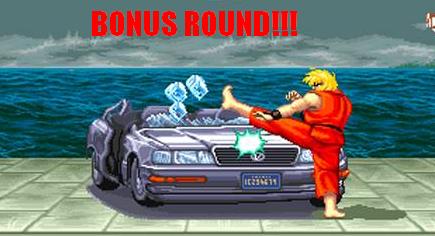 101. An alpha is a trigger-word for gamers that elicits a "FIXITFIXITFIXIT" response

103: In Chernarus, supermarket managers never caught on to the western trend of stocking raw meat.

104. The most dangerous thing in a zombie apocalypse is missing a stair.

105. People in Chernarus tend to hide multiple weapons in their barns, but no food.

106. A helicopter main rotor assembly fits nicely into a backpack, or even your pocket.

107. There are no zombies, only drunk people looking for a full bottle of Jack Daniels

108. Your only friend is your shadow yet it leaves you from time to time.

109. Goats never ever close their mouths.

110. You can still vault with a broken leg yet not walk.

112. Bandaging a random who has a hatchet leads to you getting hacked up.

113. You can steal from peoples backpacks when they are helping bandage you. >=)

114. Bandits never talk in global. Unless it's to find you.

115. Zombies sprint at you after you kill them in a house.

116. Somebody taught the zombies to run so they dodge bullets instead of running in a straight line at you.

117. Zed are only a threat if there are no houses nearby.

118. Russians only had about 15 different types of buildings.

120: Passing another survivor in a hallway can result in 2 broken legs or death.

123: Throwing an tin can (empty only!) requires crouching or standing and about five seconds of careful stretching. A grenade, however, can be primed & dropped, while prone, instantly.

125: The sound of bullets flying & ricocheting from one's hatchet, can give one the impression they are being fired upon!

126. If you see a couple of kits and mid range weapons piled up in the middle of a field, it's too good to be true.

127. If a bleeding and unarmed player runs into the same barn as you, don't stick around for the zombie train to catch up

128. Your legs are made of glass, If you sneeze you will break your legs

130. You can starve to death next to a patch of fresh pumpkins

131. You can die of thirst next a fresh water lake because cupping you hands and drinking does not exist in russia

132: Firing 10 rounds with an M107 standing dead centre at the top of the air traffic control tower in the north west airfield, pointing a directional baring of 170 degrees, SSE, with an elevation of 55 degrees up will kill the son of a bitch shooting in Cherno

132: Pitching a tent on a rock will make your tent invisible...TO EVERYONE!!!!

135: Cherarus has some kind of time-warping abliity upon the real world, whole evenings dissapear without a trace....

136: Equipping a crowbar while holding a hatchet makes the crowbar become a hatchet, and another hatchet spawn in your toolbelt...

137: If you are sniping from the roof of the hospital in electro, it is only a matter of time before you prone lunge off the roof.  Turns out survivors cannot fly

138 - there are FAR more scary things in Chernarus than Zeds. Green Mountain, anyone?

139. Just when you think you are safe, zombies also have the ability to materialize in front of you inside small sheds...

140. When matches can't be found, rubbing two sticks together is not an option.

141. You can use your scrap metal to 'repair' the house you are in while attempting to pick up windshields

142.Matches are only needed for making fireplaces, not for lighting them

143: Don't expect to be able to play on update day

148. Crawling through a doorway is like crawling into a bear trap

150: We'd all be fucked if faced with a real catastrophic event.

151: Yes, there are no resident females in Chernarus, but there's a whole lotta pussy.